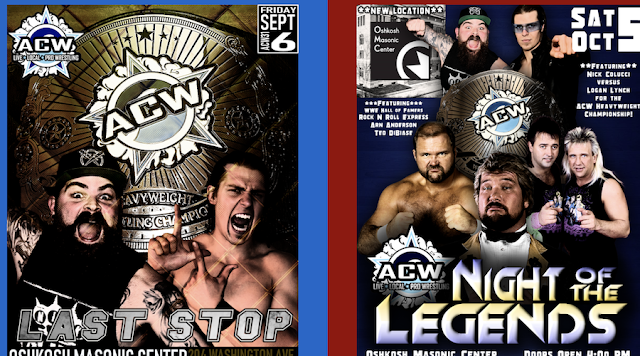 The Oshkosh-based wrestling promoter filed suit in Winnebago County Circuit Court on Tuesday, saying it is owed about $30,000.

It joins a long list of creditors, whose claims, secured and unsecured, now come to more than $20 million.

In an Aug. 15 Facebook post, ACW said the Night of Legends would be moving from the arena to the Masonic Temple.


“With the intimate venue of the Masonic Center, tickets will be extremely limited so make sure to get yours NOW,” the Facebook post said.

ACW Wisconsin was started by Dylan Postl, who grew up in Oshkosh and wrestled under the name Hornswoggle.

Its largest creditor is Bayland Buildings Inc., the general contractor for the project, which is owed $13 million.