A federal judge has ordered UW Oshkosh Chancellor Andrew Leavitt and an aide to submit to questioning by attorneys for the school’s long-established foundation, who say the two university officials have been working to interfere with pledges that were made to pay for the Alumni Welcome and Conference Center.

But state lawyers have moved to block the exam, arguing that the judge’s order is too broad and would interfere with the university’s efforts to raise money through its new foundation.

The standoff between the two foundations comes at a time of increased financial distress for the university. State records show that UW Oshkosh lost $7.1 million in the last fiscal year, after losing $10.3 million in the prior 12 months. The school has announced a plan for “right-sizing” that will mean job losses as well as increased workloads for many remaining staffers.

Meanwhile the UW Oshkosh Foundation is sitting on $22.5 million in assets but is locked in a legal battle with the UW System. With the permission of the bankruptcy court, the foundation has been processing significant sums in the form of scholarships, almost $800,000 in September alone, according to a foundation board member.

In a move that could speed the resolution of the UW Oshkosh Foundation bankruptcy case, a federal judge has sent the matter on to the 7th Circuit Court of Appeals despite objections from state lawyers who want to continue the litigation in Wisconsin.

ActIng on her own authority and not at the request of either the foundation or the UW System, Chief Bankruptcy Judge Susan V. Kelley certified the case for an appeals decision in an order dated Oct. 5.

“The nature of the foundation as a charitable, educational and scientific organization established to support university programs dictates that this Chapter 11 case should be resolved as expeditiously as possible,” Kelley wrote. She noted how the university has needed court approval for the foundation to fund relatively mundane matters, such as a playoff trip by the Titan football team. 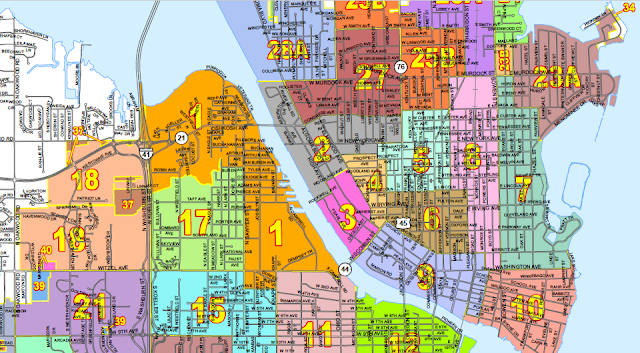 
At the request of Council Member Jake Krause, the city of Oshkosh has added Saturday hours for early voters in this year’s elections.


Krause said that other “progressive” communities like Madison and Milwaukee had expanded voting times to include Saturday hours and he thought Oshkosh should do the same.


Oshkosh citizens who wish to take advantage of early voting can request an absentee ballot by mail or stop by the city clerk’s office during designated hours. The Wisconsin Elections Commission explains the process here.


To beat the rush on Election Day, Nov. 6, Oshkosh voters can cast absentee ballots at City Hall starting Oct. 15. Staff in the city clerk’s office, on the first floor, will issue and accept ballots from 8 a.m. to 4:30 p.m. weekdays through Nov. 1


The Oshkosh city clerk’s election page can be found here.

The University of Wisconsin System missed a key filing date in its effort to fight a multimillion dollar judgment awarded to the UW Oshkosh Foundation.

“I think…, probably, we’re done at this point,” said Paul Swanson, an attorney for the foundation. “I think we’re entitled quite frankly to just, you know, execute, garnish, do whatever we have to do to collect the judgment.”

Swanson made his remarks at a Sept. 25 status conference before U.S. Bankruptcy Judge Susan V. Kelley, who ruled in August that the state owes the foundation $15 million for breach of contract.

The dispute is over several development projects the foundation pursued in the belief that UW Oshkosh would back it up if financial problems arose. When problems did arise, the university repudiated its agreement with the foundation, which led to a bankruptcy filing last year.

Kelley had expected that her ruling would have been taken to the Seventh Circuit Court of Appeals. But the state decided it would be better to fight things out in district court.