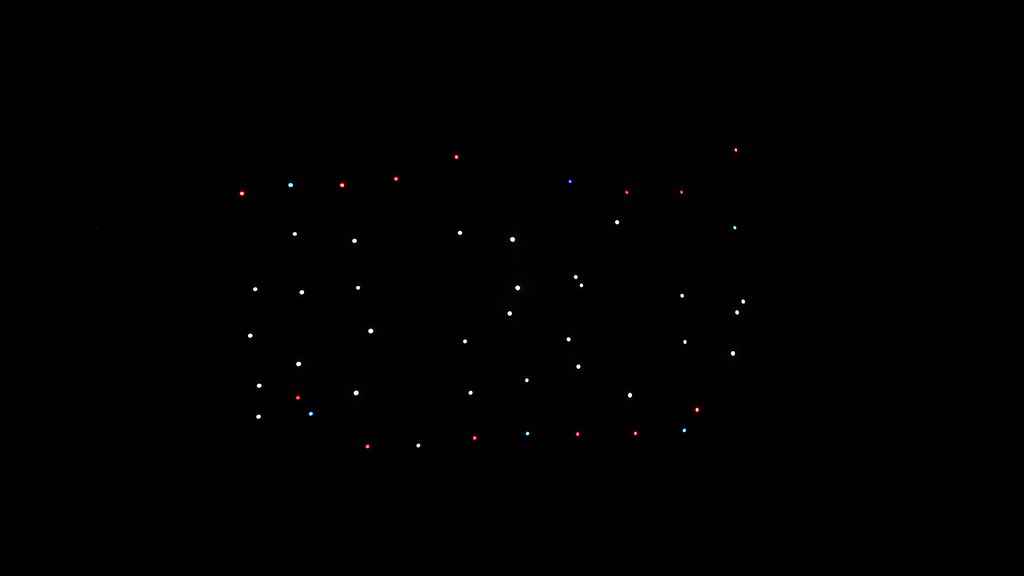 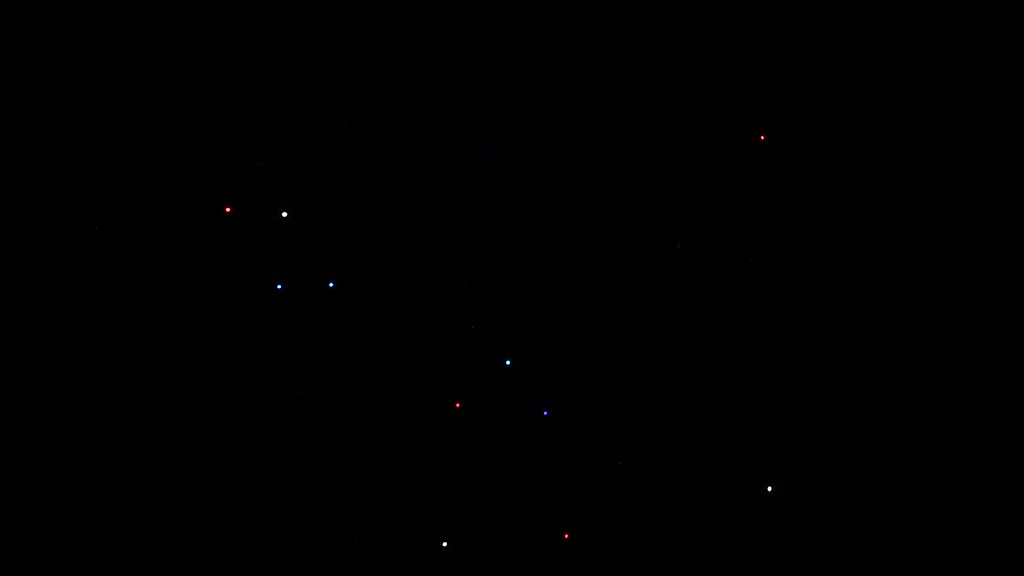 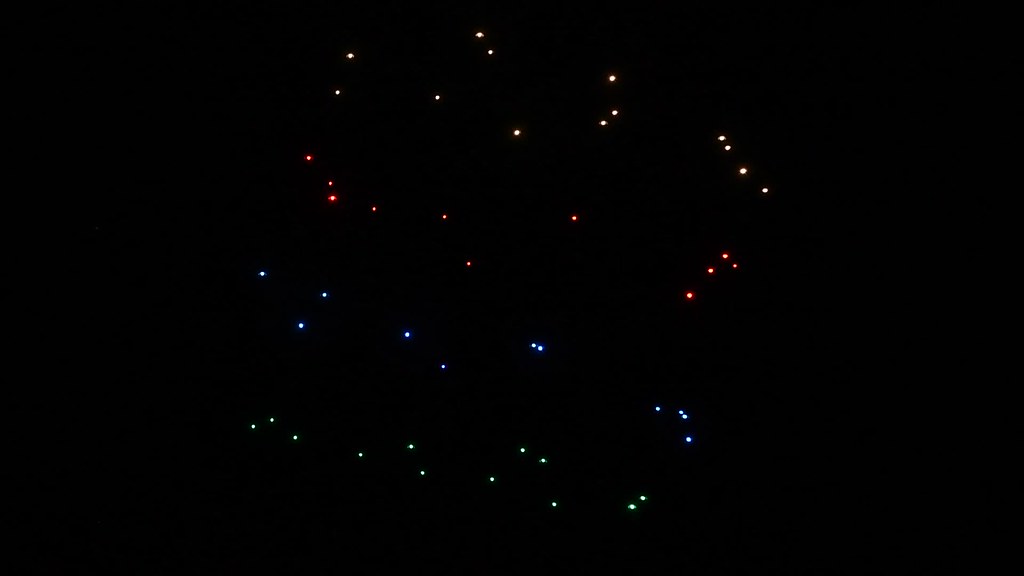 
By Adam JungwirthThe story of the history of flight was told during this year’s EAA AirVenture with the help of some new entrants into the world of flying—60 unmanned drones that put on two shows during the past week.
The drones, operated by Great Lakes Drone Co., are custom-built on a DJI Flame Wheel F450 chassis and fitted with a 7,000-lumen light emitting diode and a Pixhawk flight controller, according to the firm’s sales and marketing director, Reyna Price.  Although one FAA licensed drone pilot is required on-site, the flying of the drones is handled by programmable computer software licensed through Arrowonics, a multi-drone technology company based in Canada. The performances were based on a stock show from Great Lakes but augmented with 35 more drones than usual to accommodate some custom elements developed for EAA.
Services from Great Lakes include thermal imaging, assisting in underwater search and rescue operations, GIS land surveying, and agricultural imaging for gathering crop and soil data. According to the Price, the company has occasionally been hired for more estoreric purposes like locating a farmer's lost cow or retrieving a client's wallet and keys from the bottom of a lake.
on July 29, 2018